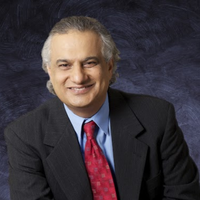 Please take a moment and let us know how your experience was.

Hazem N. El-Khatib, MD has been certified as a Cardiovascular Surgeon by the American Board of Thoracic Surgery since 1999. He has practiced Cardiovascular and Thoracic Surgery as a physician with Three Rivers Cardiac Institute since 1998. He has been instrumental in bringing the newest technology for the treatment of cardiovascular disease to Western Pennsylvania. In addition to open heart surgery procedures and open as well as minimally invasive surgical treatment of lung and vascular diseases, he, along with fellow highly trained physicians, developed a valve program at the Butler Memorial Hospital. This program includes TAVR (Transcatheter Aortic Valve Replacement), a minimally invasive approach to aortic valve replacement in patients who are considered to be moderate - high risk for conventional open heart surgery. Dr. El-Khatib is a member of The Society for Thoracic Surgeons. He is fluent in several languages, which include, English, French, and Arabic. Dr. El-Kahtib has patient office hours in Butler and Ellwood City and is on staff at both The Ellwood City Hospital and the Butler Memorial Hospital, where he serves as Medical Director of Cardiovascular Operations.

Thank you for subscribing!

You will receive important news and updates from our practice directly to your inbox.

Your form has been successfully submitted!

We will be in touch with you if additional information is needed.